What is Living and What is Dead in Fascism? | Lectures & Talks | Chronogram Magazine
Switch to the mobile version of this page. 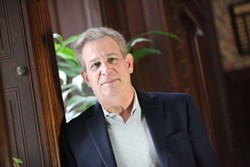 What is Living and What is Dead in Fascism? User Submitted Online

When: Thu., June 10, 7-8:30 p.m. 2021
Phone: 413-236-2190
Email: [email protected]
Price: $10 for members, and $15 for the general public
berkshireolli.org/event-4025694
The OLLI Distinguished Speakers Series presents Professor David Baum on Fascism: The 20th Century's Most Troubling and Enduring Idea at 100. When Bard College at Simon's Rock Professor David Baum first began to be interested in the Fascist period in Italy a little over 20 years ago, Fascism seemed a dead letter, the very stuff of disinterested scholarship. Since then, of course, it’s experienced quite the revival.