This Saugerties Institution Gets a New Lease on Life After a short hiatus in early 2018, legendary Saugerties bar and restaurant The Dutch Ale House reopened under new owners Dallas and Ted Gilpin, with a freshened-up interior, a revamped take on the old menu, and the same staff and welcoming spirit as always.

New Owners at the Helm

The story of Dallas and Ted Gilpin begins like many upstate love stories. Escaping their busy city lives and finance sector jobs, they began exploring the Hudson Valley on weekends, staying at B&Bs and getting to know the landscape. One visit, on a whim, they decided to look at real estate.

“The third house we ever saw was our house. We fell deeply, deeply in love with it,” says Dallas. “We just had this epiphany—that's where we wanted to get married, raise kids, and start our family.” The home was a rambling 1850s farmhouse on 12 acres of land in Saugerties—Shale Hill Farm—the original site of the Hudson Valley Garlic Festival.

The couple began coming up every weekend to relax and work on the house, and on their way in they would make a regular pitstop at The Dutch Ale House in town. “We loved the homey, local feel of it. We could have a beer and a burger and see the same bartender every Friday. It felt like the neighborhood joint,” Dallas says.

The Dutch had one problem though. While the Prohibition-era tavern side with its antique bar and dimmed lighting oozed character, the dining room was an eyesore. One of the previous owners had expanded into the next door space, previously a t-shirt shop, which lacked the historic appeal of the tavern. “It had bad gym floors, bright lighting, church pews and wooden tables, drywall full of holes with no art up,” Dallas says. “Many times we walked in and thought to ourselves, if we can’t sit on the tavern side then we won’t stay, which is something we’ve heard many times from others.” Privately the couple nursed fantasies of how the dining room could be improved. And yet they had their rehearsal dinner there in 2013.

“It’s funny when I look back. We must have just loved the Dutch so much to have our rehearsal dinner there in that room,” Dallas says with a laugh. “It just felt like part of home and a part of our history.” Over time, the Gilpins became friends with the owners and thus were some of the first to find out the they were thinking about selling. The Gilpins toyed with becoming financial investors. “We finally thought to ourselves, ‘We’ve always loved this place, why don’t we take it over?’,” Ted says. “The idea was that we would do all those things we had always wanted to see happen.”

They closed on February 6, 2018 and renovated over the next month and a half, keeping the tavern side open as much as possible throughout. After replacing the “guts of the place”—the plumbing, electric, coolers, and beer lines—the couple focused on elevating and integrating the dining room.

They created a nine-foot opening between the spaces, took down the plaster to reveal original brick walls, removed all the branded beer signs, and installed oak flooring to match the tavern. “We extended the bar and wrapped around into the new side, so now it’s U-shaped,” Ted says. “It really ties the two spaces together. We also built all new booths, tables, banquets all to match the other side so it really flows.” They even painstakingly sourced antique pendant lamps and brass foot rails to match the bar side. Between the two spaces, the Dutch can now fit up to 82 guests.

Some things that are staying:

1. The slightly creep mural of Dutch carousers above the bar.

The dining room walls sport framed historic photos of Saugerties and a display of Dutch shoes, most of which were salvaged from the basement. “Our goal was to have locals who have been there for years feel like it was the same Dutch only better. We weren't trying to recreate wheel because people liked it already,” Dallas says.

“Not only did we undertake to revamp space, but we also revamped menu and how the food was made.” Whereas the previous menu featured over 90 percent frozen food the new menu is entirely made in-house with fresh ingredients. “We’ve really been very thoughtful and concerned about keeping dishes the locals like, while trying to improve them,” Dallas says. The price point has stayed the same, and at least half the dishes have been carried over. The Gilpins brought in their friend, chef Jonathan Botta, to run the kitchen. Botta has an impressive culinary legacy, working in beloved New York eateries such as Harry & Ida’s and Ducks Eatery, and has also trained with famed BBQ pitmaster Ed Mitchell. In the tradition of an ale house, the dishes on the locally sourced menu are all intended to be paired with the 16 New York State beers on tap, plus some seasonal guest stars.

Some apps to look out for include the The Dutch Sausage Plate with House-Made Smoked Kielbasa or Bratwurst sausage, served with IPA mustard and Toasted Caraway Kraut ($10/15); and the Beet Salad with roasted red and golden beets, smoked blue cheese, pickled shallots, pea shoots, cashews, and a champagne vinaigrette ($10.50).

The Gilpins wanted to branch out from the former burger-heavy menu and offer some inventive new entrees. The new Pastrami Beef Rib is a hit ($25). “It’s a pretty impressive hunk of meat,” Dallas says. The beef comes from Smokehouse of the Catskills and is seasoned and smoked in house over two days. Another standout is the Braised Pork Shank with maple smoke, fennel, celery root, roasted carrots, swiss chard and jus ($22). For those with dietary restrictions, check out the Mushroom Grain Burger, which has walnuts, toasted oats, avocado, and tomato on a gluten-free bun.

On the tavern side of things, you may recognize the mixological ministerings of Derek Williams, formerly behind the bar at A Tavola in New Paltz and The Huguenot. Williams is an adept alchemist, transmuting simple liquors into luscious cocktails. A peek at the spring drink list shows us A Walk in the Park with sencha and black iced tea, basil, fresh lemonade, and bourbon or vodka; The Dutch with burnt orange-infused Bol's Genever, Cocchi Vermouth di Torino, Aperol; and C&T with Prairie cucumber vodka, juniper-pickled cucumber, and fee tonic.

“The regulars are still coming in. We’ve also seen a lot of people who used to come in but stopped because they didn’t like the food or there was nowhere to sit. Plus a lot of new people. Our goal is not to change it too much—we still want it to be the local place where people want to go, ” Ted says.

“Just in last week people have stopped me to say, ‘It’s everything I loved about the Dutch but better,’” Dallas says. “That is exactly what we wanted our locals to feel like.” 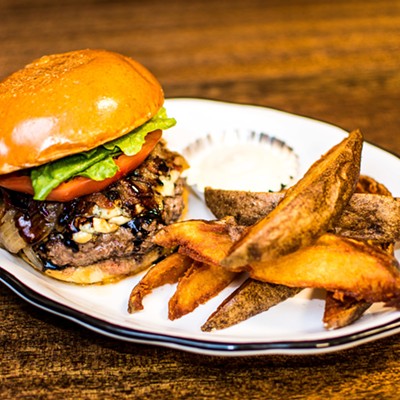 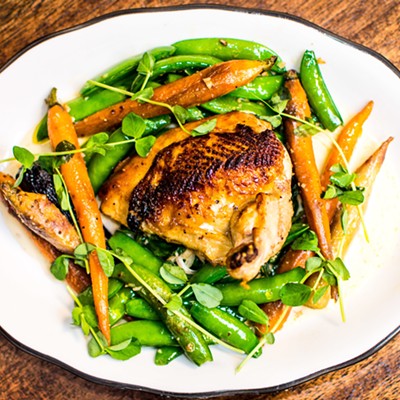 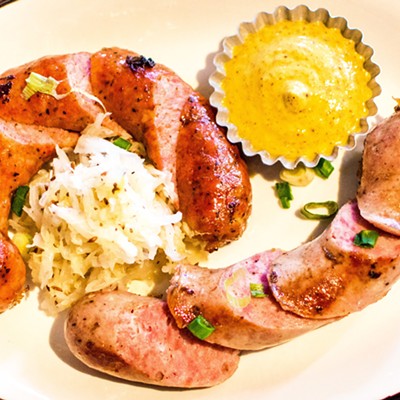 Planning an occasion that needs to be nothing short of superb? You might want to look at the catering service offered by the brand-new Kitchen at Shale Hill Farm, ia joint venture of Michelin-starred Chef Patti Jackson and the owners of the Dutch Ale House iand Windmill Wine and Spirits. Their goal: Your sophisticated guests will enjoy the finest meal of their lives on a Hudson valley farm.

A New Chef and a New Chapter for The Amsterdam
In January 2018, we profiled three new Hudson Valley restaurants that underwent extensive renovations before opening their doors. Read about The Amsterdam in Rhinebeck.